Nguyen Minh Chau (1930-1989) from Quynh Luu district – Nghe An was a military writer – one of the typical prose writers of anti-American literature. After the reunification of the country, Nguyen Minh Chau’s works have shown important discoveries in thought and art, contributing to the renewal of our country’s literature since the 80s of the twentieth century. The short story Ben countryside was printed in Nguyen Minh Chau’s collection of stories of the same name, published in 1985. In this short story, the writer’s pen focuses on everyday human life, with details of everyday life to discover the depths of life with many laws and paradoxes, beyond the previous view and way of thinking of both society and the author himself.

Homeland is a very close thing and it is very important in the life of every Vietnamese person because:

Each person’s hometown is only one

If anyone does not remember homeland

Won’t grow up to be a human

As for Nguyen Minh Chau, his hometown is also close and familiar, but a pity here is that after traveling all over the ends of the earth and at the end of his life lying on a hospital bed, the characters in the story – Only the character Nhi can understand the strangely simple closeness that he has forgotten for a long time. The image of the countryside (right in the title of the work) evokes from the real image: boat – wharf, anchorage, going back and forth of boats, the boat generalizes into the symbolic meaning of the landing place of people’s lives, places. When going home, everyone’s refuge is family, homeland…

Ear – the main character of the story – used to travel all over the world, at the end of his life fell ill, so much so that he couldn’t move even a few inches on the wooden counter by the window. But at this moment, Nhi discovered that the mudflats across the river from her hometown were beautiful and alluring. And it was also at this time that Nhi felt all the hard work, love and silent sacrifice of his wife, Lien. In his heart suddenly surged a desire: to set foot once on the shore across the river.

He asked his son to fulfill that dream for him. The son did not understand what his father meant, so he reluctantly accepted. On the way, he fell into a group of chess breaking on the sidewalk and missed the only ferry of the day. From this situation, Nhi understands the common law of human life: “It’s hard for people in life to avoid the twists and turns in life..” At the end of the story, when seeing that child, it is difficult to avoid the twists and turns in life. With her nose on this side, Nhi used all her last strength to swing herself out of the window, stretching out her skinny arm and waving it like she was urgently urging.

The character Nhi in the story is put in a ironic situation when he finally realizes an obvious thing about his hometown at the end of his life. Putting the character in that paradoxical situation the author wants to lead readers to. The experiences of human life, which are full of anomalies, paradoxes, randomness, beyond the intentions and desires, both the understandings and the calculations of people. Through the thoughts of The character, Nguyen Minh Chau also wants to give readers another contemplation: “People on the road of life are hard to avoid things that go round and round” and that wealth and all beauty are very close to the heart. The mudflats on the other side of the river or the wife who is rich in love and sacrifice, it is not until this time, when she is about to say goodbye to life, that Nhi can feel and understand it.

In the beautiful early autumn morning, while sitting by the door looking out at the land across the Er River, he suddenly realized interesting things in the world on the other side of the river, a land he had never set foot in. It was a The vast space has depth and breadth from the dandelion flowers outside the window to the pale red river in autumn, the dome of the sky and the alluvial plain by the river. It’s a beautiful sight that can only be felt. with delicate emotions: the flower clusters are sparse but darker, the surface of the Red River seems to widen, the dome of the sky seems to be higher, “the early rays of sunlight are slowly moving from the water surface to the beaches. across the river…”. Those scenes were familiar, close, but still very new to Nhi, as if it was the first time he had met. Nhi longed to set foot on the mudflat on the other side of the river. That wish is the awakening to the lasting, ordinary and profound values ​​of life, values ​​that are often overlooked or forgotten when distant desires are enticing and overwhelming. . In Nhi’s situation, it was an awakening mixed with regret and grief.

And when he realized the strangely beautiful scenery in the other area, he sent his son to step aside to help him explore that land, but in the end, the son was too busy playing and forgot his father’s instructions. and missed the ferry to the river. When watching his son play to break the flag, the thought that he would not be able to catch the boat kept circling in his head. “Tha thought sadly, people on the road of life are hard to avoid. things that go round or round, and where did he find anything interesting on the other side of the river?” That thought carries a deep philosophy of life about life’s path and goals in life. Youth and time in Nhi was wasted and then Nhi sat here with “red eyes” watching the child’s shadow. to the other side of the river to explore

The image of Mr. Khuyen passing by every morning, visiting Nhi’s house, is an image of benevolence and gratitude. It is a sacred and profound feeling of neighborly affection between people in the same hometown. It is a love. A feeling that even if I go everywhere on this earth, I can’t find it and no one can replace it, A question about health makes a sick person warmer than feeling. I feel more loved when people are always interested in me. I feel that I am still alive in this world. People still love me. It is so meaningful to live in the love of humanity, And that’s it. Color is the meaning in our life and the “countryside” in each of our lives

At the end, the author focused on exploiting and describing the main character’s portrait with an unusual look: He tried to gather all the last remaining strength to swing himself out, raising an arm. Leaning out of the window, swaggeringly – as if urgently gesturing to someone.” This action of Nhi can be understood that he is impatiently urging his son to hurry up or miss the only ferry of the day, but through Nhi’s previous thoughts, we realize another meaning: that is the desire to wake people up about the “circles, slack” towards true values ​​which are very simple, close and sustainable.

The author’s descriptive pen is very subtle in that he has discovered the psychological metamorphosis in the character Nhi had intuitively realized before the last moment had come in the question Nhi asked Lien’s wife “the other day”. What day is it?” But the author did not let Lien answer, it was humanitarian that Lien felt the situation of Nhi, so she avoided it. The father who was about to leave the world seemed to be hiding a secret heart. There’s a certain secret in the look of embarrassment.

That’s Nguyen Minh Chau’s comment when he sent his son to the mudflat on the other side of the river. And in this dialogue, the character’s psychology Nhi was described very subtly and humanely in that it spoke. Nhi’s dream and wish were profoundly small and simple. And then she thought more about people when she saw her son playing, forgetting his father’s instructions and the last image when he tried to swing. The strength to go out the window and stretch out the thin arm are all very subtle and unique descriptions of the author’s mind.

Conclusion: The essay gives the feeling of the short story Ben countryside by Nguyen Minh Chau

The work was built by Nguyen Minh Chau with many images and details with symbolic meaning, with great emotional and ideological capacity. Most of the images in the story have two meanings: real meaning and symbolic meaning. These two layers of meanings are attached and unified, making the images not lose their visual value and sensuality. The symbolic meaning is derived from real images and placed in the frame of reference of the work’s theme. The work gives a profound meaning. Life and human destiny are full of irregularities, random paradoxes. However, beyond the intentions, wishes, understandings and calculations of each person. 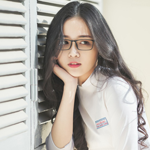 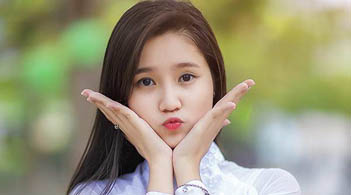